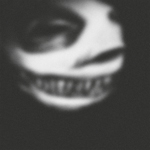 It starts with weird noises and woman screaming. The drums kick in, this gnarly bass, this groove, these melodies. Audible darkness, 98% darker than most Black Metal bands claim to be. The important thing: This is unique, untouched by cliches, timeless and finally available again! 5 Tracks of everything people love or should love about BREACH. This swedish band which lacked brighter attention in their days because everybody rather focused on Refused. This band people compared with Neurosis because yet again it just lacks comparison. It's more than hardcore, more than metal, more than any other box you want to put this in.

5 Songs recorded after they found their true face in Venom and before they reached perfection with Kollapse. A bridge and a transition, a thing of beauty. Like Gregor Samsa a day before he accepted his destiny.

We're proud to bring this epic essential back to your record player together with Serene Records from Sweden. Godbox comes remastered and available for the first time on ltd. 180gr. vinyl. Feat. new artwork by original Breach cover artist Pierre Johansson.

European customers ordering from Serene will end up paying more than twice the price because shipping from Sweden to Germany/Europe is ridicilously expensive.